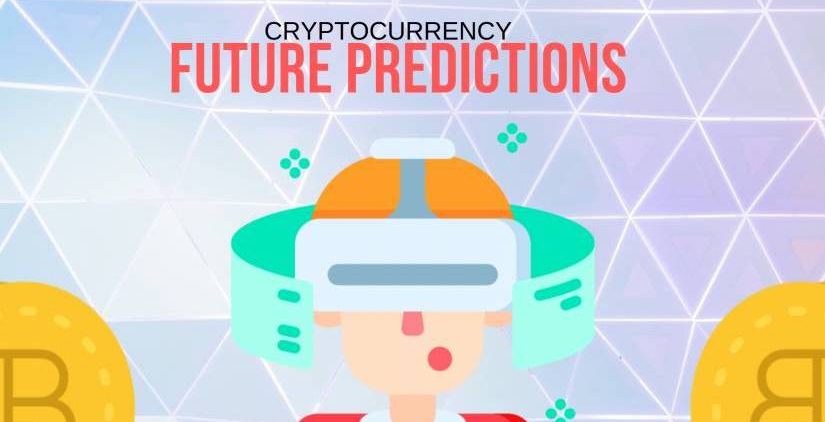 2019 was a turbulent year for Bitcoin and other cryptocurrencies. The oldest and most popular crypto token showed signs of returning to its 2017 bear market, but ended the year much as it began 2019 with little to be excited about in terms of value. Here’s a look at some 2020 Bitcoin predictions that could play out in the coming year.

At least one analyst is still bearish on Bitcoin for 2020. John McAfee, the mogul behind the antivirus software that is used by millions of computer users, has gone on the record predicting that a single Bitcoin will be worth $1 million. McAfee is not one to be scoffed at on general principles. He has been a strong voice in the cryptocurrency community for some time.

We’re skeptical. We think the value of Bitcoin could indeed go up again in 2020, but expecting it to hit $1 million is a dream of fairy tale proportions. It could sure top $20,000,though, and that would be a massive gain.

A Consolidation of Cryptocurrencies

Some people feel like 3,000 crypto tokens is a bit much. Brad Garlinghouse of Ripple Labs is one of these who would agree. The XRP developer thinks that the overall number of tokens is going to vastly shrink in 2020, and there are already signs that he may be right about that.

Many cryptocurrency exchanges are already removing altcoins from their exchange listings. Garlinghouse thinks that thinning the herd of digital tokens will be a boost to Bitcoin, Ripple, and other major players. Those who have been investing in troubled altcoins could be ready to move their investments to more solid ground, and that would mean Bitcoin, Ethereum, and XRP to name just a few.

According to the estimate made by Garlinghouse as many as 99% of digital tokens could vanish in the wake of a major consolidation. In our opinion we think consolidation has a good chance of happening by the end of 2020, but 99% consolidation may be a bit high. 90% would be more reasonable in terms of the overall number of tokens available. There will always be some altcoins appearing each year, although the process of launching a digital token might become more difficult. This brings us to a prediction of our own.

There is little doubt that this prediction will come true. ICOs have already dropped significantly as it becomes harder for crypto projects to raise funding. Regulatory agencies like the Securities and Exchange Commission have stepped in to prevent fraudulent ICOs from preying on investors. Facebook and Google have stopped accepting advertisements for ICOs.

The truth is that fewer ICOs will likely benefit the market. Interest in Bitcoin and other more established tokens will increase as investors realize that backing an unproven commodity is pointless. Too many coins have been issued that failed to achieve even a single penny in value.

This doesn’t mean that some new tokens won’t be a viable investment. Facebook Libra is on the horizon, and it will probably be big.

2020 is expected to be the year of Facebook Libra. The social media giant has been releasing limited info about its own cryptocurrency, a stablecoin that is expected to be revealed in the coming year. Whatever it is or whatever it isn’t, Libra will almost certainly propose at least some small challenge to Bitcoin.

The stablecoin nature of Libra is in stark contrast to that of Bitcoin. Libra is expected to have a value more closely resembling that of the US dollar while Bitcoin’s value will continue to go up and down. What most investors want to know is how the debut of Libra will impact the price of Bitcoin. Our guess is that it could cause an initial downward movement as investors sell off to buy Libra, but the fall will probably be short lived.

No cryptocurrency project, not even Libra, is going to be in a position to challenge Bitcoin in 2020. Blockchain acceptance and development is at an all-time high. That can only help Bitcoin in the immediate future. Also, the political developments in the US at the end of the year did not have much effect on the price of Bitcoin. It weathered the impeachment of Donald Trump, and it will weather the arrival of Libra.

Libra may have more pressing problems to deal with than Bitcoin in 2020. The jury is still out on how the US government is going to respond to the Libra project.

Okay, this list would not be complete without a few final Bitcoin predictions just for fun. Please take these with the humor with which they are offered.

Happy New Year from CryptoSwede! We hope that the coming year is a very good one for you and the cryptocurrency market. Be sure to check back often to see how well our predictions have done.